A Celebration of Light & Dark

Join us for our Annual Winter Solstice Sunrise Yoga class, Wednesday, December 21st, 6 am, followed by a potluck breakfast in the farmhouse at 7:15 am! Class is by donation. All are welcome!

Since Dragonfly opened its studio doors in 2008, we have celebrated the brilliance of the seasons, our Solstice and Equinox days and nights, the magic of changing light, and how our shifting landscape affects us as beings, as a community, and the interactions we have with animals and the natural world.

This year is no different, and as we head toward our shortest days and longest nights of the whole calendar year, I share a reminder: the advent of Winter is a precious gift that allows us to turn inward, to become quieter even amidst the joyful revels of the holiday season, to acknowledge the light and dark in ourselves, and to celebrate the natural world as it transforms before our eyes!  It is a time to curl up by the fire, listen to stories, share vigil through the darkness of winter… It is a time to bundle up and stroll by night under the twinkle of a million stars and through quiet woods after a fresh fall of snow.  It is a time to roll out the yoga mat or sitting cushion and do the hard work of meditation practice…  It is a time reflect and to let go, to forgive each other and ourselves, a time to move through the lessons we have each been given, so that when the days begin to brighten and the sun stretches its long-armed rays into the lengthening days of January and February, we can begin anew with a fresh mind and a heart ready to let go of what no longer serves us. 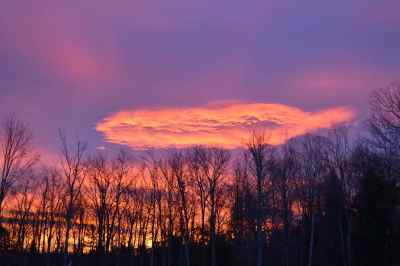 Winter Solstice, truth be told, is really not the first day of Winter after all, as many of us like to call it; instead, it is more accurately what ancients and Northern European countries call the midwinter, the shortest amount of daylight, a mid-point in the Earth’s orbit around the Sun. Meteorologically, however, we see the winter months as December through March, and so on the calendar, Solstice marks that shift of season for so many of us who live where the snow has already thrown her first layer of blanket over the land.

The Farmer’s Almanac tells us: “the word solstice comes from the Latin words for “sun” and “to stand still.” In the Northern Hemisphere, as summer advances to winter, the points on the horizon where the Sun rises and sets advance southward each day; the high point in the Sun’s daily path across the sky, which occurs at local noon, also moves southward each day. At the winter solstice, the Sun’s path has reached its southernmost position. The next day, the path will advance northward. However, a few days before and after the winter solstice, the change is so slight that the Sun’s path seems to stay the same, or stand still. The Sun is directly overhead at “high-noon” on Winter Solstice at the latitude called the Tropic of Capricorn.” 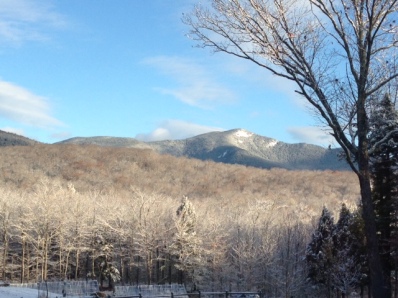 There are so many folktales, stories, poems, and songs about the periods called “equinox” and “solstice,” but perhaps the winter ones are best known because they overlap with so many holidays and during a time of the year when much of the populated map descends into the dark and cold. We need the light of fires and candles, Menorahs and Christmas trees, the cheer of song and tasty vittles, the heaviness of blankets and snow here in the North to keep us and the Earth warm deep within and without. It is comforting to share the presence of our dear ones, surrounded in candlelight and food and laughter and song to get us through the long, dark, cold nights. Personally, I love this time of the year.

Every December, I sing this carol, and there are many beautiful versions:

I hope this season of darkness is also one of light for your soul and for mine as well.  We could all use some light and lightness in these times where the corners of the World seem so divided, and even our own communities are fragmented based on politics, religion, race, and the environment. Nature–Earth herself, the very thing we celebrate at Solstice and Equinox is waiting on us to listen to her messages of renewal and oneness–a deep longing for awareness and consciousness. Can you stop long enough to look at the stream flowing in the forest, to see your own shifting reflection it its ever-changing surface? Can you quiet your own voice long enough to hear the creak and groan of the icy lake or to marvel at the strength of the wind as it whips over a hilltop or field? Can you carve out the time to walk, snowshoe, or ski into the wilderness and just lay down the burden of your human-ness–to be an expression of Spirit among Spirits?  Will you?

Here is one of my favorite Winter poems by Wallace Stevens, Snow Man:

One must have a mind of winter
To regard the frost and the boughs
Of the pine-trees crusted with snow;

And have been cold a long time
To behold the junipers shagged with ice,
The spruces rough in the distant glitter

For the listener, who listens in the snow,
And, nothing himself, beholds
Nothing that is not there and the nothing that is.

So a Solstice wish for us all: for more introspection and personal reflection to balance out the energy output this season; more giving from the heart by way of our kind words and actions to counter the machine of consumerism and the wake of trash left behind once all the boxes and packages are discarded; a wish for more simplicity to soothe the complicated wounds of an election that can teach us we have a lot of good work to do in this magnificent and beautiful world if we are willing.

A blessed Winter Solstice to you all!

I am the mother of two adult children: Finnian and Bridie, a former English teacher, practicing yoga instructor (21 year practice; 16 years a teacher); lead singer of The Starlight Honeys); I garden, hike, snowshoe, cook, write poetry, and hang out with my squeeze, Declan, my three cats and two kids. Life is good in NH, where we live on "Dragonfly Farm," a 30-acre hilltop and forest paradise that borders White Mountain National Forest and Conservation land. View all posts by Katie